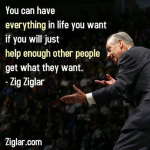 FOR SCHOOLS, USE THIS STUDY GUIDE FOR “ACHIEVERS” IN YOUR CLASSES!

I am happy to share that my latest book, Achievers – Ordinary People Who Do Extraordinary Things, is being used in the classroom at Linwood Monroe Middle School in St. Paul. Here is the lesson plan the teachers there have put together. AVID College and Career Lesson Plans Guidance in the later years of middle school, and […]

Police brutality and race relations are the hot topic of the day. And a very sensitive one from many perspectives. I grew up in the 60’s and saw police brutality going on a lot in the country. I remember mostly the Viet Nam protests and how the cops and national guards got involved to contain […]