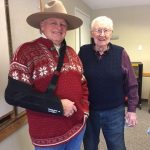 SMOKING MARIJUANA: WILL HISTORY REPEAT ITSELF?

Marijuana is in the news all the time it seems.  Several states have legalized it for recreational purposes as well as medicinal.  Better yet, governments have been taxing it so it may be here to stay! Several things bother me about it.  First, I am old enough to remember the debates going on when the […]

AMA DEFINES OBESITY AS A DISEASE!

I see the AMA has defined obesity as a disease recently.  I know Burt Nordstrand, founder of Cor Retreat is happy about that as it will help him with his cause of combating obesity via his programs at the Retreat in Wayzata.  I know some folks who have been to his program and they appreciate […]

PERSONAL RESPONSIBILITY VS ASKING FOR HELP

Have we gone too far with personal responsibility?  I don’t think so but wonder if the concept works against us sometimes? I’m talking about asking for help when we have a problem.  I posted a piece on “The King’s Speech” movie a few months ago marveling that the King of England actually asked for help […]