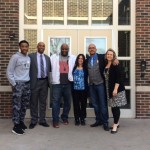 THE CHRISTMAS MESSAGE: PEACE ON EARTH!

Who doesn’t want peace on earth? Maybe a few, but I’m betting 99% of the people in the world would like to live in peace. Every year we hear the Christmas message, including peace on earth goodwill to men. Along with joy to the world it is a mainstay of the Christmas season. Christians believe […]

Police brutality and race relations are the hot topic of the day. And a very sensitive one from many perspectives. I grew up in the 60’s and saw police brutality going on a lot in the country. I remember mostly the Viet Nam protests and how the cops and national guards got involved to contain […]

Micki Peluso, book reviewer for various organizations just did a review on Amazon for my book “ACHIEVERS: Micki has written a lot of stuff, including “And the Whippoorwill Sang” a memoir about her life through the day that her daughter was killed by a drunk driver. Very touching.       Named ‘Reviewers Choice’ by […]

I connected with Micki on Linkedin and learned that she does book reviews for books that attract her attention. Here is the one she did and posted on Amazon for my first book “CONNECTING PEACE, PURPOSE & PROSPERITY” Thank Micki great to have a review from a very experienced book reviewer and author herself!   […]

IS EDUCATION A FIELD OR A MEANS TO SUCCESS?

The more involved I get with schools the more I learn! My main thrust is to motivate and inspire students to use their natural and learned skills and talents in a productive way throughout their lives. That includes getting an education! I attended an AVID 3-school meeting this week at a middle school in town. […]

St. Paul Middle School Using Severson’s “Achievers” as Part of AVID Curriculum (St. Paul) – When former bank executive Rob Severson wrote his latest book, Achievers: Ordinary People Who Do Extraordinary Things, he envisioned it one day being used as a school resource to inspire young people. He had no idea how quickly his concept […]